Only One More Week To Create Happiness

The festive season is a time for joy and relaxation but also for reaching out to help those less fortunate in any way we can. That's why Stor-Age and Round Table formed a strategic alliance to Create Happiness this festive season. The alliance is in its' third year and has gone from strength to strength. This year we have even had a little help from the victorious Western Province Currie Cup captain Deon Fourie.

The alliance was geared to gather items that people do not use at home and distribute them to people that really need them.  Essentially, Stor-Age allowed people to drop off items at one of the Stor-Age self storage stores.  Round Table will then source an appropriate charity or area and distribute the items.  While waiting for distribution, the items were securely locked up in one of the Stor-Age units. In addition Stor-Age has managed to make strategic partnerships with some schools and sports clubs that have also donated items. Stor-Age is arranging transport and storage of these items for Round Table for the duration of the Create Happiness campaign.

The Create Happiness Campaign caught the attention of Dani from Out Of Africa Entertainment who is a tenant at Stor-Age JHB City. Dani and her team decided to donate a parcel of toys, clothing, blankets and office equipment to Create Happiness. The Stor-Age JHB City Operations Manager, Brenda Grove commented, "I really think it is great that people and even companies still find the time to do something like this for the less fortunate, as we are getting closer to the end of the year there is so many people less fortunate than us that this will make a massive difference to."  The campaign also received some attention from across the pond as Extra Space Storage picked up the story and wrote an article on their blog. We particularly enjoy the part where they explain rugby as Deon Fourie helped to Create Happiness. 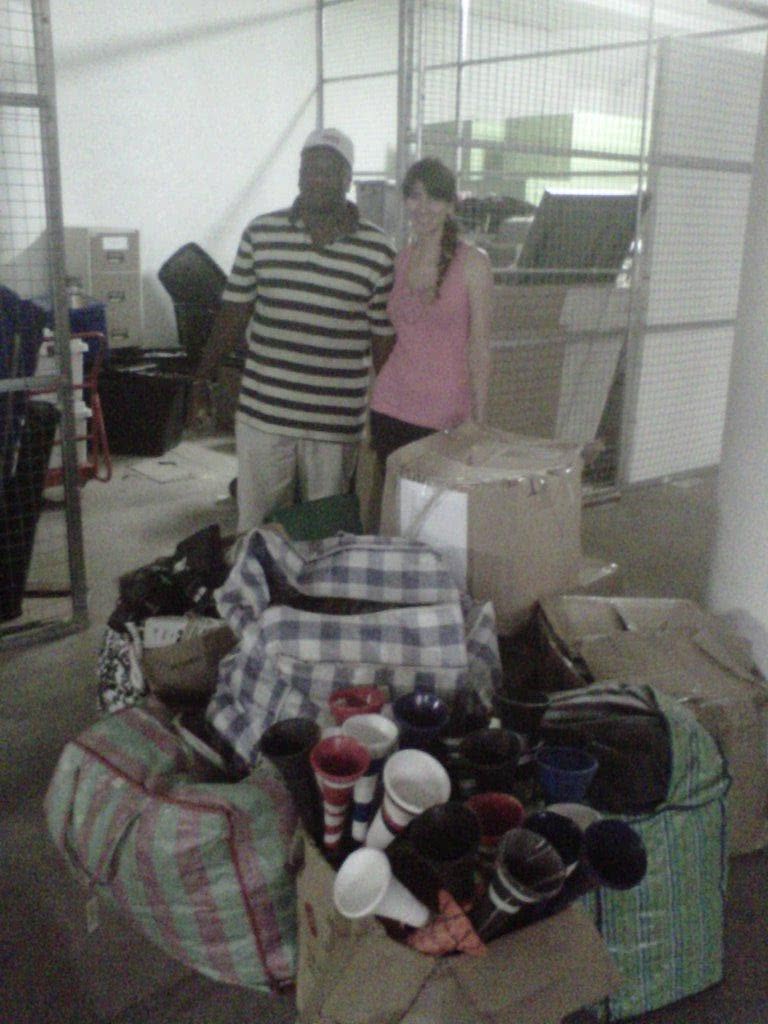 Above: Dani and her team donated toys, clothes, blankets and office equipment to the Stor-Age Create Happiness campaign.