Feel The Love - Letter From A Stor-Age Client

It's Valentines Day and Stor-Age was made to feel the love from one of our happy tenants, who was more than pleased with his experience of self storage. Take a read through Kesigan Padayachee's letter to us below. 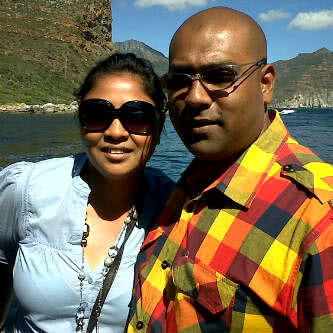 Efficiency accompanied by courtesy is a rare combination in today's working world.  The courtesy extended to me by your staff on the 27 January 2012 and the 04 February 2012 was impressive because of its rarity. Wandie and Kevin  provided detailed explanations and personal assistance when needed. Kevin on the 04 February 2012 stopped what he was doing assisted me with my daughter to have my hard top of my BMW put into storage using his manual labour skills and expertise. I needed it put into storage as it is only used in winter. Kevin is an exceptional staff going beyond the call of duty and with patience, such concern is refreshing and should become more widespread.

During our meetings on 27 January 2012 with Wandie he filled me in on familiarity of your company.  Without being asked Wandie, showed me examples of storage to increase my knowledge of vagaries.  He even supplied me with advice regarding several locations and insurance service and over and above that delivery service too. I have been to many other storage place in Pretoria and Johannesburg North, South, East and West. But this is a totally dynamic  way of business. I was so taken aback i paid for use from the 27 January 2012 and plus five months more even though my stuff was only going to be put in on the 04 February 2012.

You've got quite an operation going, and your people are even more to rave about. They seem to love their work and carry out their duties both competently and enthusiastically. Certainly, productivity is of its highest quality as it shows morale is such a high level. I am currently reading a business autobiography called MAVERICK by Ricardo Semler and you are working proof of this business strategy.

With your team and the quality of your workmanship, you are doing something right.  Keep it up. I will have your company reference given to anyone in South Africa or beyond anytime.