How We Got Involved For #67minutes On #MadibaDay

Madiba, the South African icon to re-unite a nation. In celebration of Nelson Mandela's giving his life for South African's freedom, we partake in charity and good will events to help our great nation. Each person and business is free to participate in any way they wish. This year Stor-Age staff across South Africa decided to donate baby goods and make sandwiches.

Our Cape Town stores got together to donate baby goods such as baby growers, bottles and teets, puma balm and refuse bags to Ubuntu House, a children’s home for abandoned babies in Goodwood. Stor-Age staff member Jennilee Blignaut commented, "It was more than just a good feeling. It was great to represent Stor-Age as there were so many other companies there and it felt great to be part of a bigger initiative." 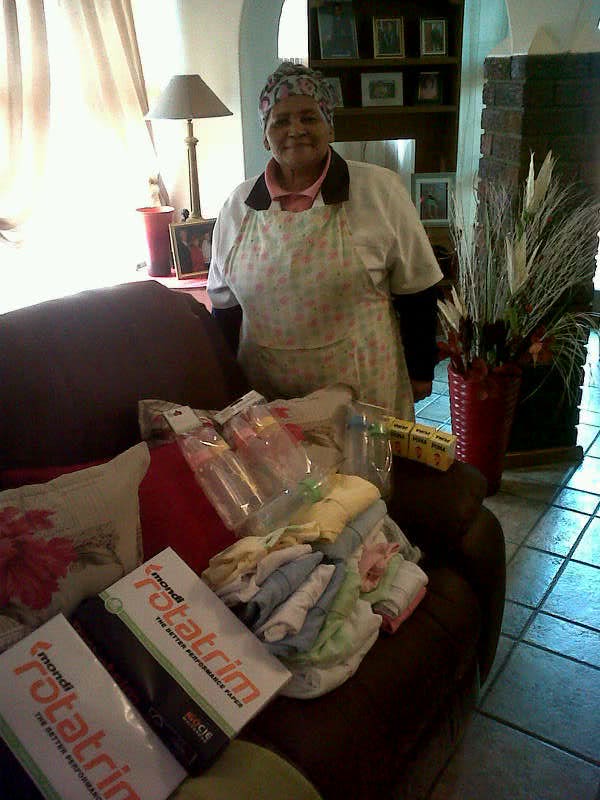 Our Johannesburg stores clubbed together to make 67 sandwiches to handout on the streets of Gauteng. Why 67? Madiba Day is celebrated for Nelson Mandela's contribution of giving 67 years of his life towards the freedom of all South African's. In recognition of his efforts we contributed 268 sandwiches to  people in Tembisa. Our staff visited mainstream orphanage houses and found they were over run with corporates showing the support that Mandela Day creates. Instead of stopping there, they decided to go further into the township and found smaller creches. "They welcomed us with open arms, they were so appreciative as they did not have any visitors and we were able to provide all the kids with sandwiches and a Stor-Age ruler to keep," stated Hannelie Vosloo the Operations Manager at our Midrand store. "We visited Nolotgie Creche and Boma Selekane Creche, it was a great feeling to contribute." The Stor-Age Kempton Park store visited Ivory Park Primary in Tembisa, Stor-Age Centurion handed out sandwiches in Blue Valley to people on the street and Stor-Age West Rand visited the informal settlement area on Beyers to handout their sandwiches.

It gave all Stor-Age staff a feeling of contributing back to their nation and it was a great way to be involved with such an amazing initiative for such an amazing man... Our Nelson Mandela... Madiba. Take a look at all the pictures from this special day here. "Giving back to the communities we operate in has been a part of the program at Stor-Age for some time. Our store based marketing model has allowed our staff to be involved with the locals, it makes us feel good and it makes sure everyone is valued." noted Chris Oosthuizen, Stor-Age National Sales and Marketing Manager.