Recently Stor-Age gave away a brand new VW Golf GTI to Doug Mallet in a kicking competition at the Cape Town Tens. Contestants were asked to make their entry on iPads carried by the Stor-Age girls throughout the weekend of the Cape Town Tens. The entry form application was the pilot launch of the JustCapture.it product and it performed far above expectations. Due to the relatively remote location as well the random places areas that contestants could enter, the application had to be very stable but also mobile. All new entries were captured from multiple iPads to a central and easily manageable database and entries received a confirmation SMS immediately. 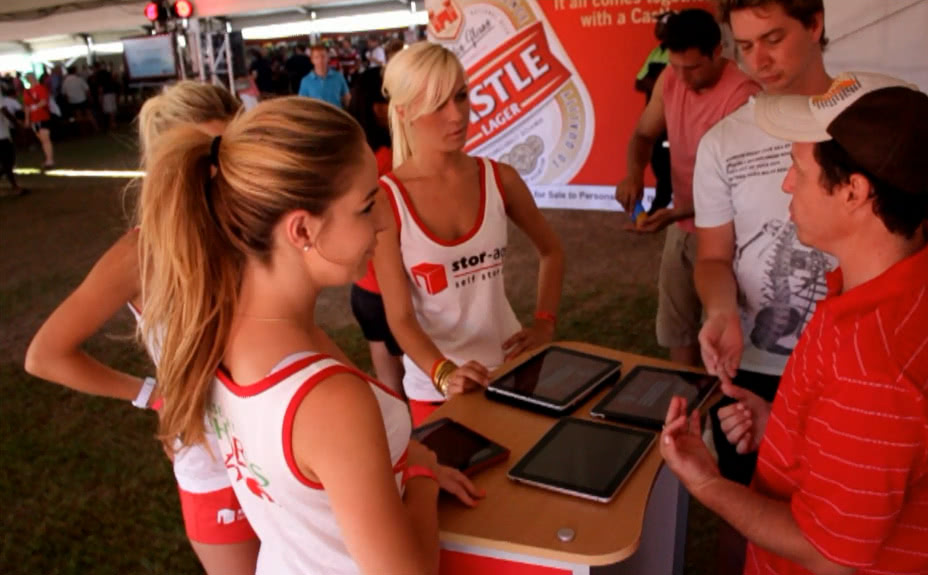 "The JustCapture.it app performed astonishingly well. We received thousands of entries with no data loss and the speed in performance was excellent," noted Robbie Cameron, one of the organisers of the event from Stor-Age. Comments from the Stor-Age promotional girls were also complimentary, "It's very quick, a lot of people liked it," and "Everyone loved the iPad, the new application, and everyone loved getting the SMS straight away. The technology was really amazing."

"The custom developed app can be re-skinned for any company and allows users to capture data on the go to have it available through a central database at a later stage. We are extremely pleased with its performance, particularly the speed and stability it has demonstrated," Noted Simon Barber, the technical lead for JustCapture.it. It was fantastic to see the app completely removed the need for paper entries, saving a few trees and eliminating the need to capture thousands of entries off of paper forms.
Tags: JustCapture it, Stor-Age, Cape Town Tens, competition, iPad