“…it’s completely ridiculous, stupidly lucky… I mean, I’ll never hit that in a hundred thousand times.” Those are the words of last year’s winner Doug Mallet as he got to drive away in a brand spanking new Stor-Age VW Golf GTI. If you were at the Cape Town Tens last year you will have witnessed the amazing kick from Doug Mallett to win the Stor-Age VW Golf GTI. If you have not yet seen the kick, click here to watch the YouTube clip. 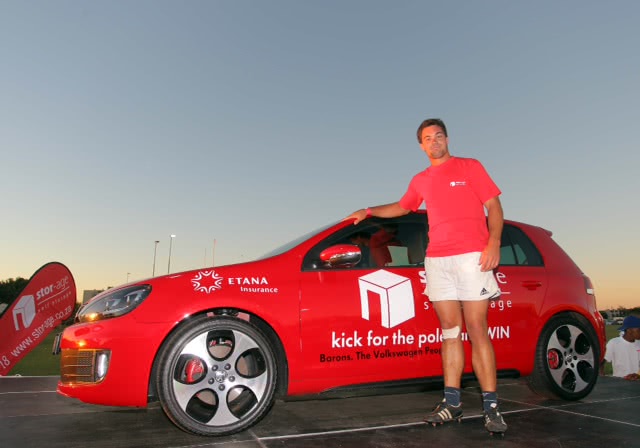 This year Stor-Age is back, offering another opportunity to hit the crossbar and win a brand, spanking new VW Golf GTI worth R385,000? The Cape Town Tens promises to be an even bigger event than last year, as it celebrates its’ five year anniversary and will feature all the extras we have come to expect, including international rugby legends, top-class live bands, beer tent, kiddies play area and off course plenty of rugby with 90 teams registered.

What do you have to do to enter?
Follow Stor-Age on Facebook and Twitter then get yourself down to the Cape Town Tens and find the Stor-Age promotion stand where you can enter your details on our iPads.

You can then have a practice kick at our mini Stor-Age rugby poles. The gorgeous Stor-Age promotion girls will be there to ensure you have your chance at winning the Golf GTI. Stay tuned to #GTIkickoff on Twitter for photo updates and competition announcements on the day of the tournament.

When and where is it?
Stor-Age is giving you the opportunity at this year’s Cape Town Tens Rugby Tournament to be held at Hamilton’s Rugby Club in Green Point from 1-2 February 2013. You can buy tickets from Webtickets.

Stor-Age will also be sponsoring the False Bay Sharks rugby team, who managed to win their division in the tournament last year. Good luck to the boys, looking forward to seeing some great rugby in the new Stor-Age rugby kit. 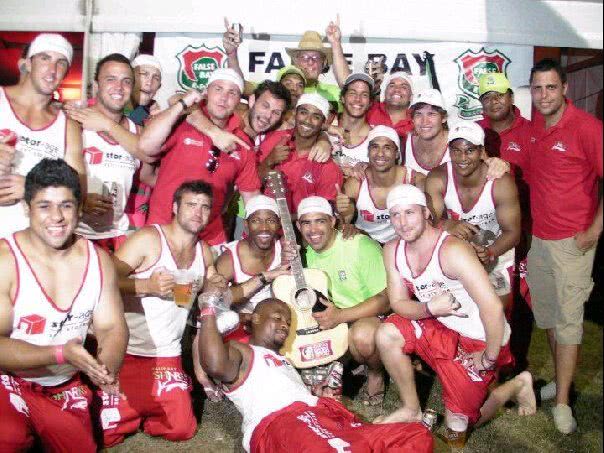