Best Self Storage Company To Work For In SA

Stor-Age recently held the annual conference and year end review in Tulbagh at Waterval Country Lodge and it is safe to say that it was a great success.

Staff from all over South Africa congregated at head office in Edgemead, Cape Town and filed into buses destined for the secret location of Waterval. Each person received a kit bag of goodies as well as a gold shirt with their team colours for the conference. Thankfully the bus trip was not too long and soon excited staff members disembarked to grab a muffin and a few drinks before exploring the environment that would be their new home for the next few days. 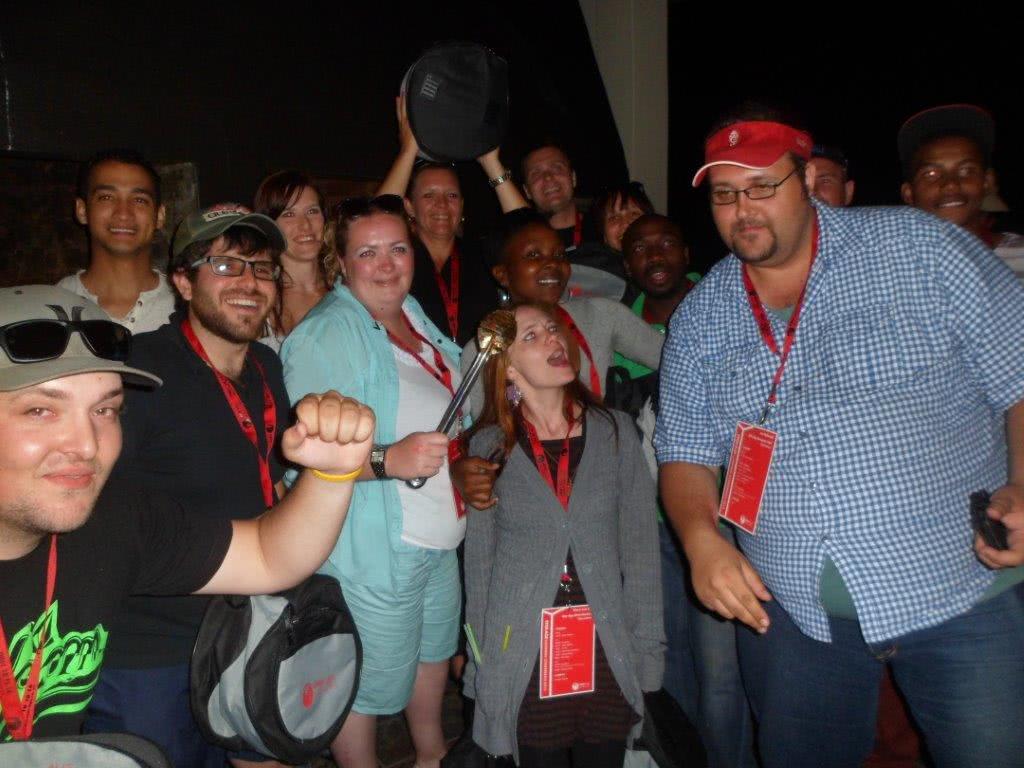 Once assembled into teams the first task was a hotly contested potjie competition eventually won (but eternally debated) by team Ayoba, who walked away with mini braai sets as their reward. After the event the staff got into some socialising to meet everyone from all over the country, while our hired DJ ran the tunes to keep our entertainment going. A little later into the night we were surprised to see a man in a large peak cap sprint onto stage and immediately start singing... It was none other than Jack Parow himself. Everyone was a little shocked but soon came to their senses as they bombarded the stage with their own lyrics and some questionable dance moves. Many enjoyable hours later morning was upon us with the daunting task of breakfast followed by some team building exercises. 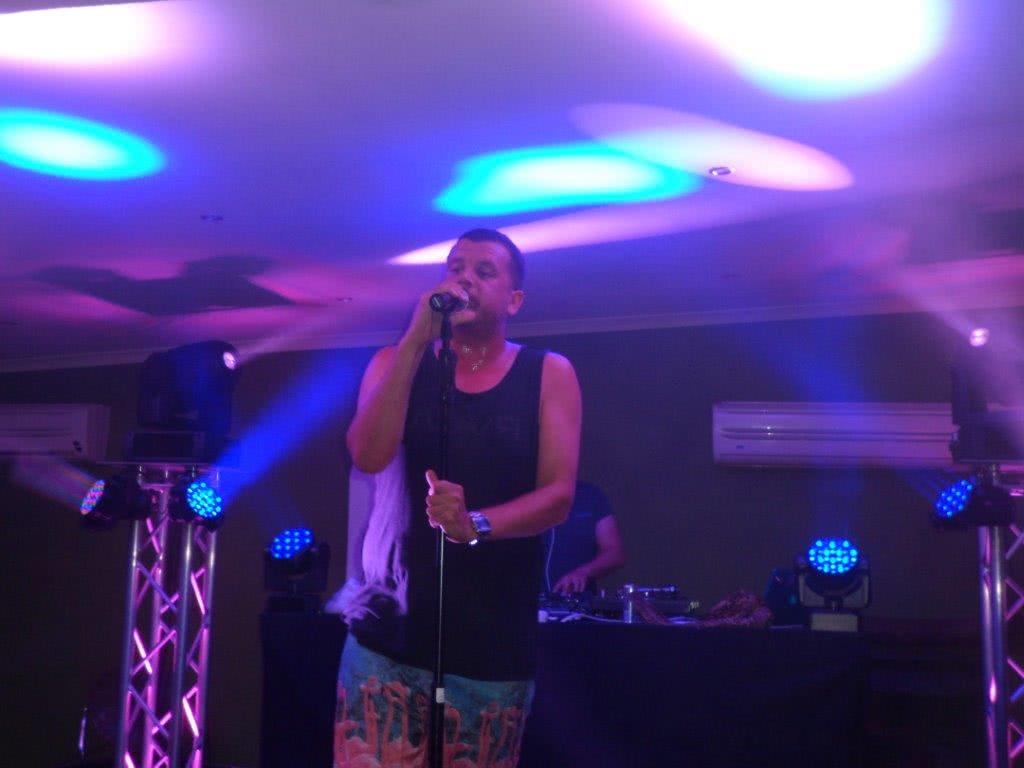 The team building consisted of a few tasks such as brick holding (not as easy as it sounds) and riddle solving. Most teams showed well and we moved into the final round of fear-factor-esque food dares. Thankfully at this stage there had already been a great camaraderie struck up between everyone and this assisted every participant in taking on the challenge. The end of the days' events saw Banana Rama top of the points pile and a mini 6-pack fridge as their reward. Despite the dodgy food challenge it was time for lunch. 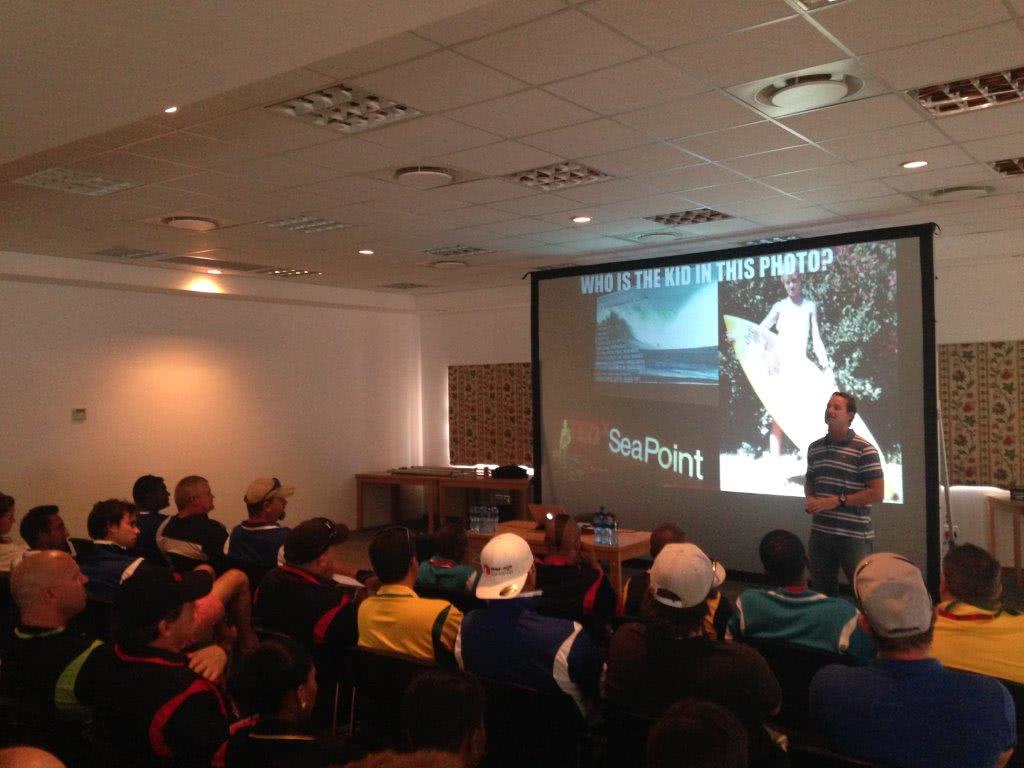 Lunch was followed by a surprise guest speaker, Chris Bertish, who has a number of impressive accomplishments to his name, including paddling across the Atlantic! His talk was inspiring, invoking us never to give up... then you can never fail. After this we received some fantastic presentations from some of our staff as well as CEO, Gavin Lucas. The last act of the day would be an 80's themed dinner and awards ceremony.

The dinner theme was excellent with staff pulling out all of the stops, leaving us wondering if they had raided parent's cupboards or actually owned some of the items of clothing! Many awards were handed out to staff that have worked so tirelessly over the past year culminating in the inaugural Dream Award. This award is awarded to an Operations Manager who has gone above and beyond the call of duty and allows them to stand a chance of winning a dream come true award. Staff were asked to write down their dream a number of months ago in preparation.

The award was won by Avwar Nepal and his dream was to take his parents to India to see the sites. We secretly filmed his parents receiving the news so that Avwar could watch their reaction on the night. Amazingly this will be his mother's first flight overseas. 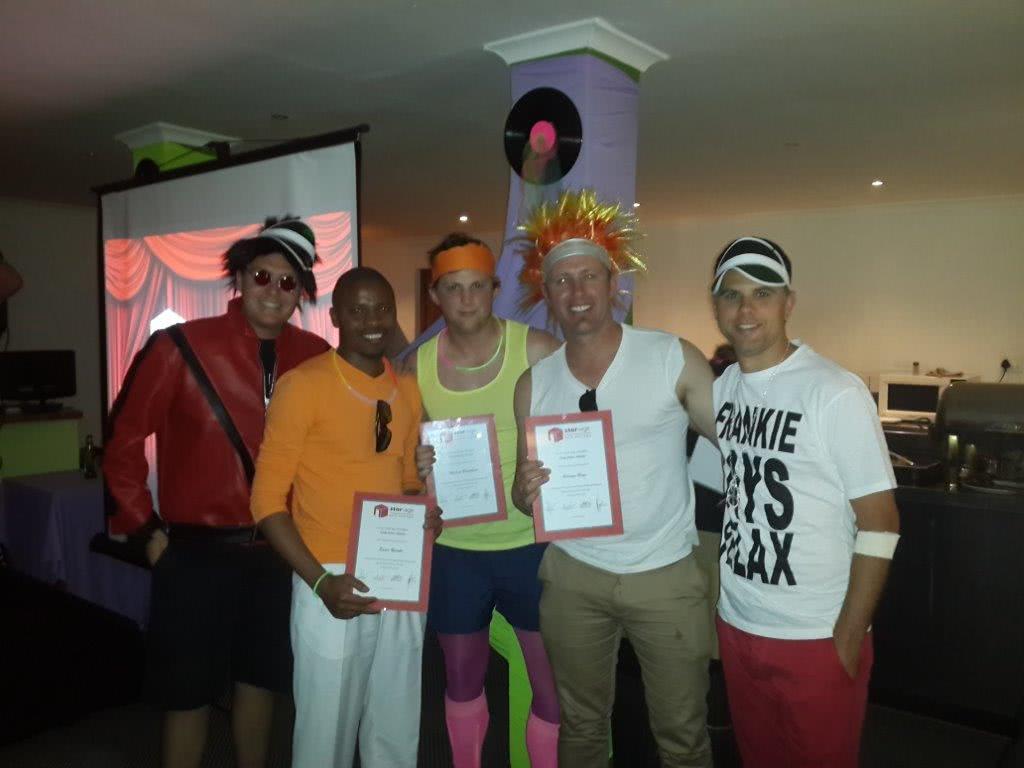 Overall the Stor-Age Year End Conference was a resounding success in bringing the entire company together as a team from all over South Africa. If you are looking to join this dynamic and fast growing industry then check out our Stor-Age careers page for available positions.
Tags: Jack Parow, Chris Bertish, Stor-Age, year end conference, self storage awards