Western Province recently won the Currie Cup after an 11 year wait. Stor-Age got to catch up with the victorious captain, Deon Fourie, as he is making use of our self storage service. Not only is Deon a top class rugby player but he is a top class leader, shown by his donation of five Stor-Age rugby balls signed by the championship winning Province rugby team. Stor-Age will be auctioning off some of these rugby balls to raise funds for the charity, most notably the annual Create Happiness Campaign in conjunction with Round Table. 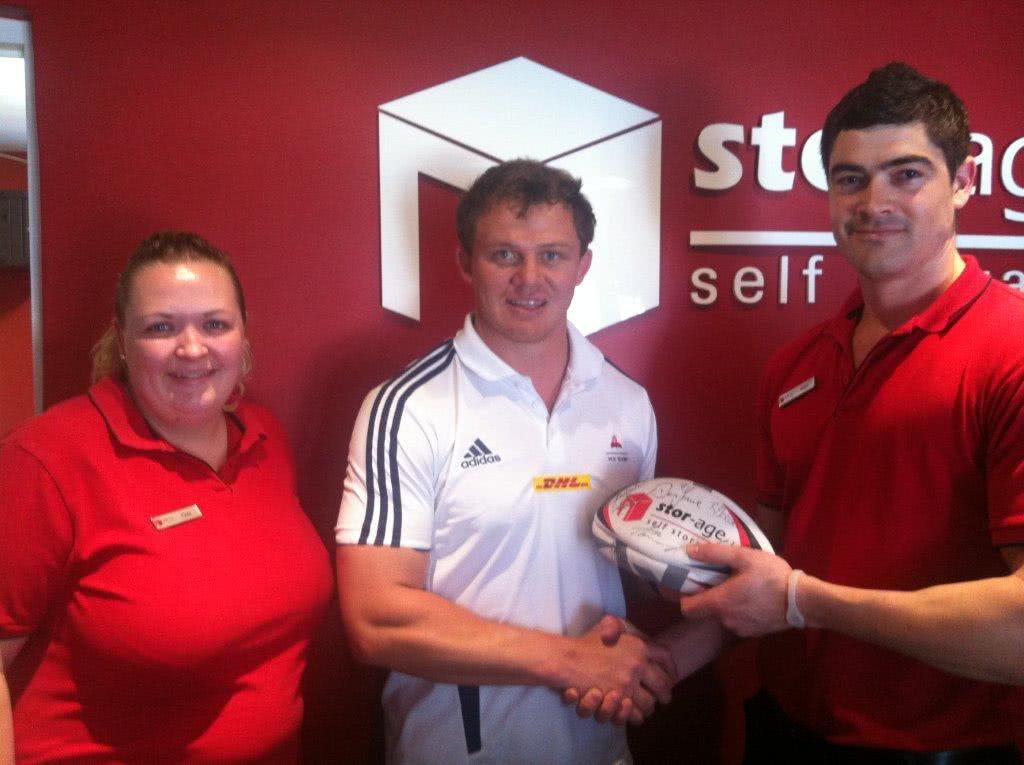 Round Table and Stor-Age have formed a partnership to collect toys, clothes, non-perishable food items and any other items that may be helpful to those less privileged. To donate your items simply take a look at our locations tab from the Stor-Age home page to find your nearest self storage store. We have stores around South Africa, including Cape Town, Johannesburg, Bloemfontein and Pretoria. This year we are partnering with a number of local schools and sports clubs to promote awareness of the Create Happiness Campaign and hope that this will lead to an even larger donation bundle. Stor-Age has been involved in a number of charity projects and this is just one way we get to give back to the communities we are part of.

We can't let you know which Stor-Age branch Deon will be using but we can say that we are extremely delighted that the winning captain will be making use of our self storage facilities and we promise not to drop the ball. Speaking of those rugby balls you can get updates as to when and how you can get your hands on one by following announcements on our social media platforms, links to our Facebook, Twitter and Google +  and LinkedIn profiles can be found below.
Tags: Deon Fourie, Western Province, rugby, Create Happiness, Round Table, donation, charity