Supporting young South African's and encouraging sports is something that we love getting involved in. Whether it be sponsoring golf events, rugby clubs and schools, road running, school box cart races, soccer clubs and even swimming teams, Stor-Age has always made it a priority to be involved with the communities in which we operate. "Being an active member in the community where we operate is an integral part of who we are at Stor-Age. Not simply operating a business but being people who are involved and bring value to those around us." Says Chris Oosthuizen, Stor-Age General Manager Sales and Marketing. 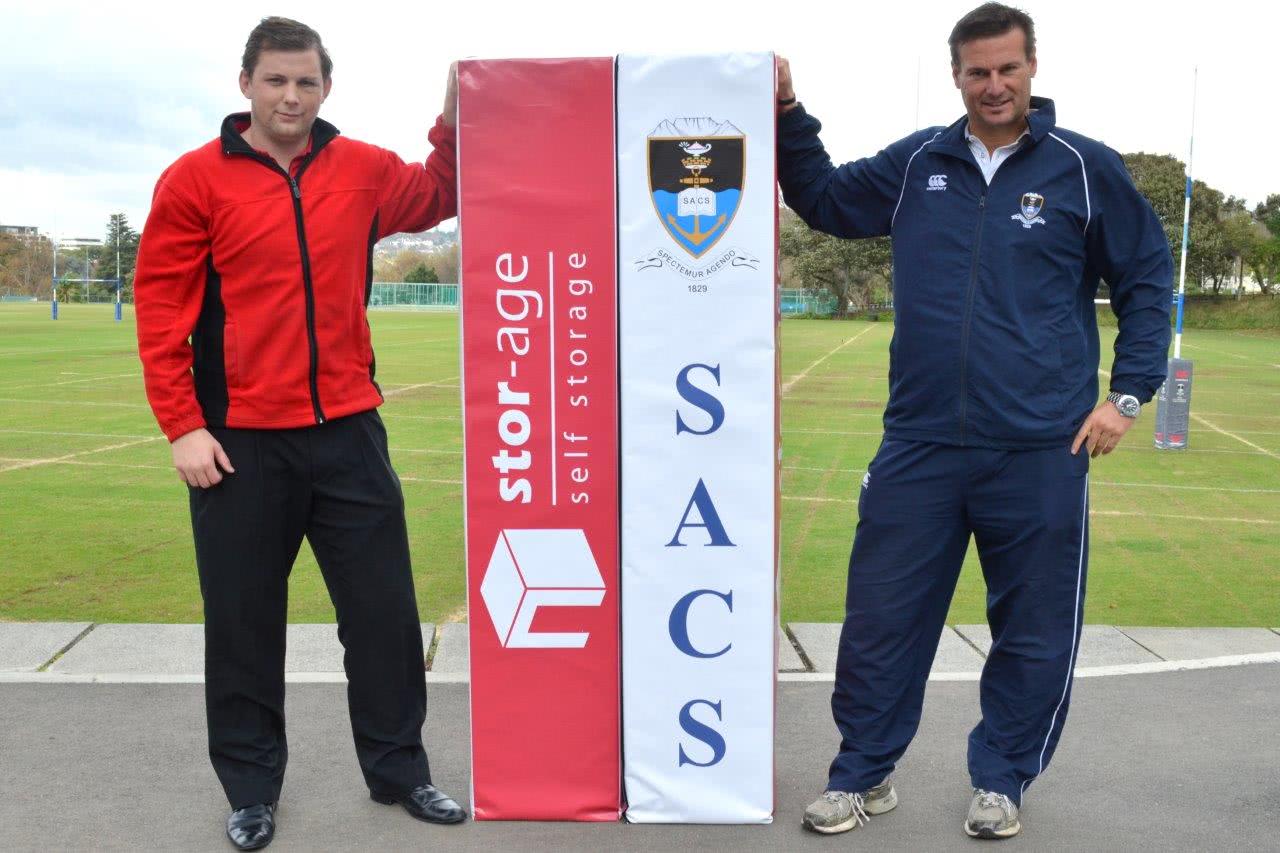 Most recently we visited SACS to show some support to their school rugby teams. "Steeped in time, space and pride as South Africa’s oldest school of 184 years, SACS achieves a dualism that welds the traditional, ‘back to basics’ philosophy with a progressive initiative to lead at the cutting edge of modern education." Notes the SACS website. Stor-Age Claremont sponsored SACS rugby, Michael Blackshaw went to SACS to drop off the brand new pole protectors that were custom designed for this project. Stor-Age are proud to be associated with SACS and look forward to many tries being scored between our brightly branded poles over the next three year sponsorship deal. 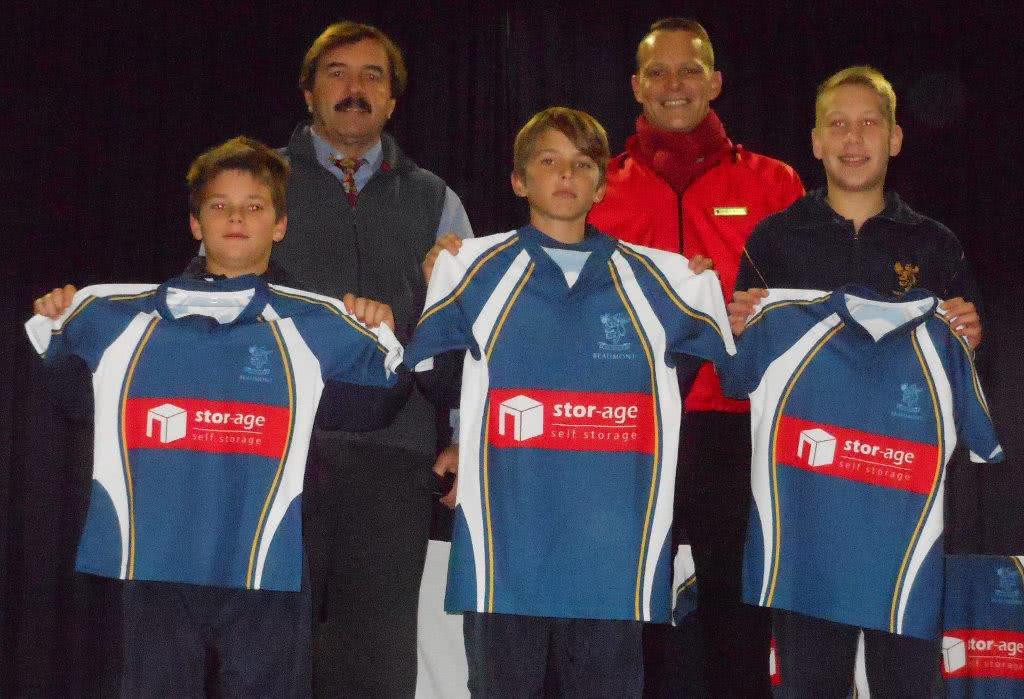 Similarly Stor-Age Somerset West visited Beaumont Primary, "Beaumont Primary School is a co-educational, parallel medium school that caters for learners from Grade R (Afrikaans only) to Grade 7. Situated in the beautiful town of Somerset West (about 50km outside of Cape Town), Beaumont strives to create an environment that brings out the best in each and every child." This week we handed over the brand new Stor-Age sponsored rugby jerseys as part of their Community Interaction Plan for 2015. The jerseys will be used in fixtures for the next three years and we are excited to see many victories in Stor-Age colours in the future.
Tags: sponsor, sponsorship, SACS, Beaumont Primary, rugby