The Bellville Running Club holds an annual Bakgat 10km race and this year Stor-Age stepped in as Stor-Age Bellville became the headline sponsor for this fantastic event. The evening was a major success with over 800 athletes competing, the largest participation they have had to date. "This was a fantastic event, everyone was in great spirits and it was really fun for the team to get involved. We even had a World Record... until they found out the gentlemen ran a kilometer short!" said Adriaan Hugo, store manager at Stor-Age Pinehurst and one of the volunteers on hand to make sure the race ran smoothly, "This is something we would like to get involved with on an annual basis." 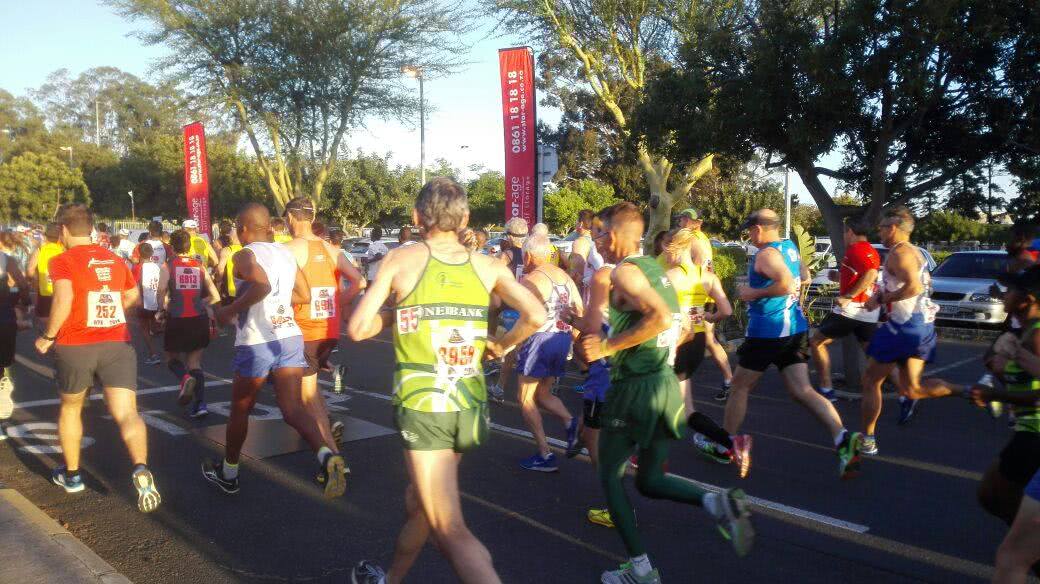 The involvement of Stor-Age is an indication of the increase in popularity of the race, last year there were approximately 640 registered athletes and this year that figure was over 800. When Stor-Age arrived to set up the branding for the event, there was already a buzz as runners began streaming in for registration. Our very own Robbie Zampelli even managed to join the race and performed quite well.

There was a 7km water point that Stor-Age sponsored, the first runner through was there so quickly we barely had time to be ready, however he was not interested in the water break and sped by. As the more casual runner came through we were able to support with some refreshments and encouragement. Siyabonga Magelela was then on hand for the prize giving where the victors received Stor-Age branded medals. The winning time was 32:47 from Velani Lusaseni. We also received a lovely thank you letter from Bellville Running Club, "We sincerely want to thank your company for the sponsorship towards our BAKGAT 10km road race, we are very lucky to have your company associated with the Stor-age BAKGAT 10km road race, your branding at registration was great and contributed hugely towards an awesome vibe at the venue."
Tags: bakgat 10km race, bellville running club, sponsor, stor-age