Stor-Age Self Storage recently sponsored the SACS 7's (South African College Schools) Rugby Tournament. We handed out a number of rugby balls and energy drinks to keep the players motivated. Many of the players and fans alike were able to visit our exhibition stand to get a feel for what we do and it gave us an opportunity to interact with the community for our newly established Stor-Age Claremont facility. The Stor-Age SACS 7's Rugby Tournament was attended by Bishops, Rondebosch, SACS, Sweet Valley, Western Province Prep and Wynberg in the under 11, 12 and 13 age group categories. 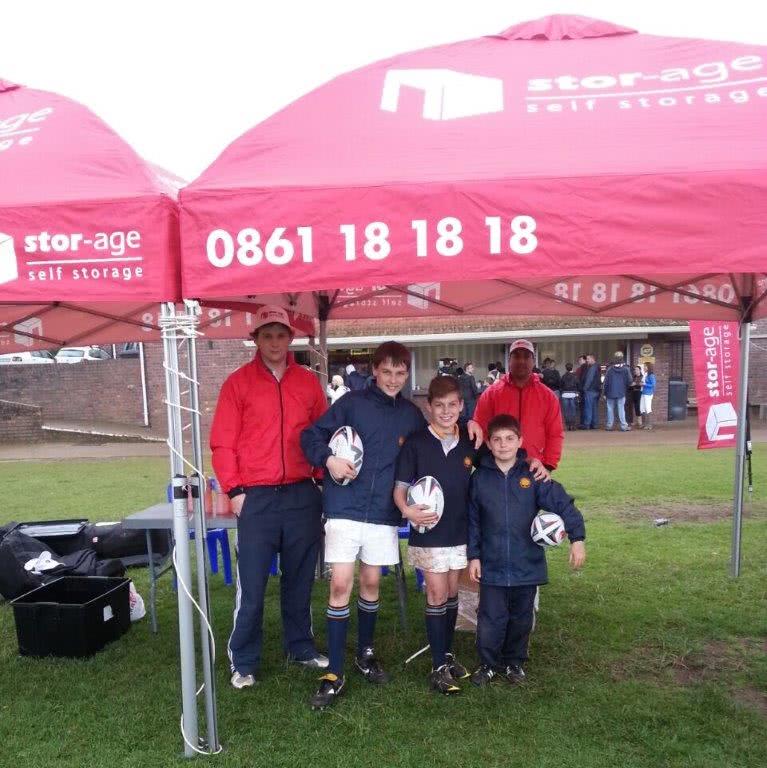 The Morning got off to a great start, Spur burgers and coffee after setting up the Stor-Age gazebo’s and feather banners. We were situated between the SACS A and B rugby field where the under 12 and under 13 games were to be held. A lot of preparation was put in to the organisation of the event, with a fantastic crowd and great sportsmanship being shown. It was great to see the parents coming out in full support of the future Springbok boys. It did start raining during the course of the day but that did not stop the rugby players from enjoying their time out on the field. Thanks to the rain many of the parents flocked to our shelter under the Stor-Age gazebos and this gave us a fantastic opportunity for some brand interaction... Need Space? That's what we do! It was great to see our Directors, Gavin, Stephen and little Thomas Lucas visiting the activation in support of some rugby and our initiative. 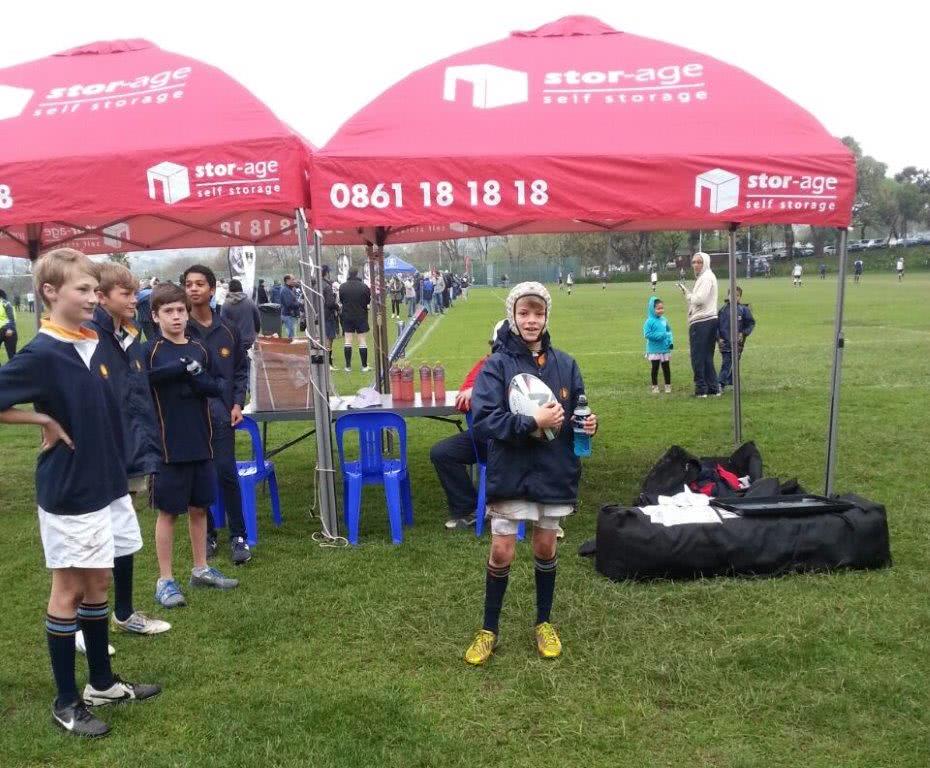 Each team competed in a five match round robin with the winning team being the school that scored the most tries on the day. There was also an overall schools winner with the total number of tries scored being the measure. In the under 11 and under 12 category Bishops came out on top, while SACS took the honours for the under 13 league section. The overall schools award was tied between Bishops and SACS at 59 tries, with 26 of those coming from the under 13 category.

To sum up it was great to see Stor-Age making their way into the communities heart.
Visit the Stor-Age Claremont page for more information.
Tags: rugby, SACS, stor-age