“By the prickling of my thumbs,
Something wicked this way comes –
Open, locks,
Whoever knocks!”
-    Macbeth

From the 27th-30th June, the Mutual Friends Theatre Company, comprising of 7 young and charismatic actors, will be putting on their latest production “Mac-Don’t-Say-Beth” at the Kalk Bay Theatre.

The light-hearted comedy, set within the realm of Shakespeare’s Macbeth, centres around the 3 famous witches found in the beginning of the play, who are soon joined by the rest of the cast as they stumble on stage drunken, delirious and confused. 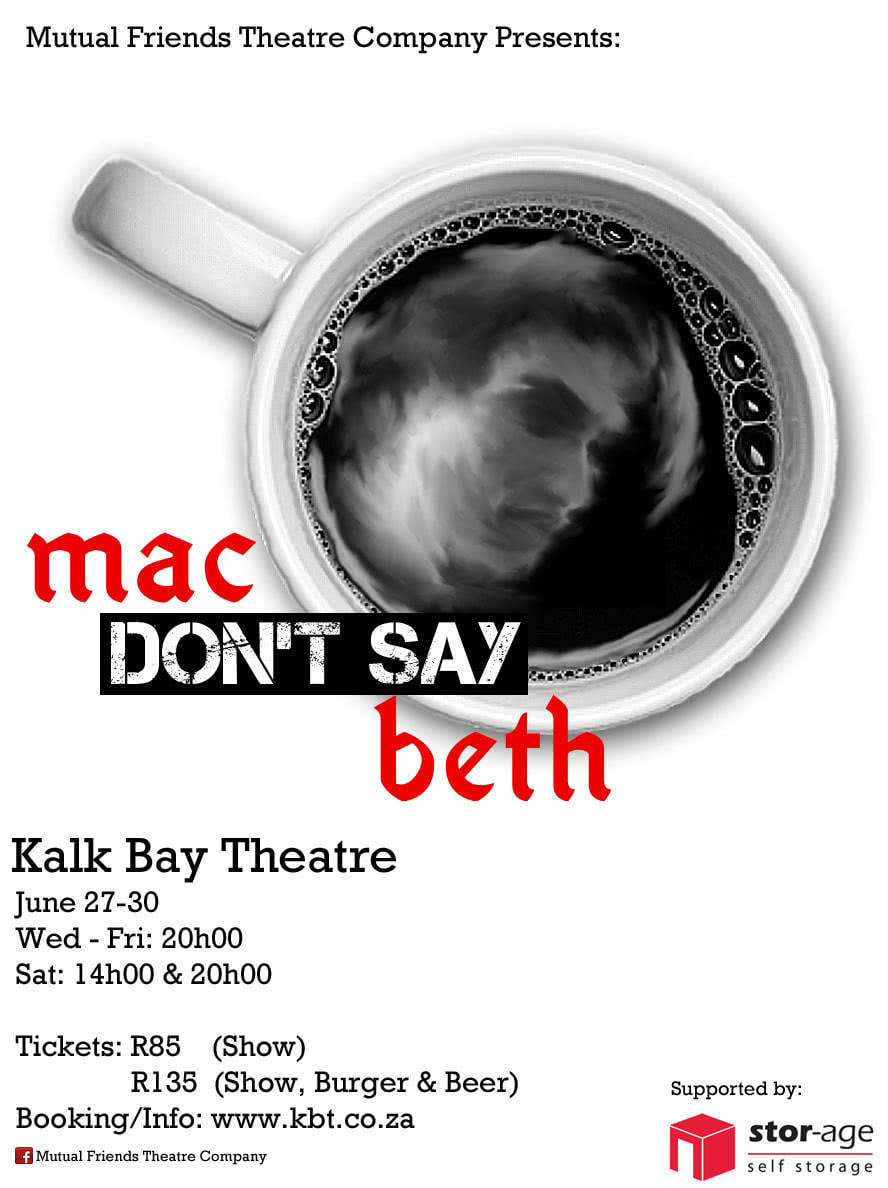 The name of the play pokes fun at the theatre superstition surrounding “Macbeth” which holds the name and lines from the play are cursed and dare not be spoken by actors before and after a theatre performance. If an actor does speak the name Macbeth, he or she is required to leave the theatre building, spin around three times, spit, curse and then knock to be allowed back in!

Stor-Age, although not one for superstition, is no stranger when it comes to sponsoring local talent.  Stor-Age is excited to be supporting this hilarious production and would like to invite you to come enjoy an evening of Shakespearean wit and comedy.

Tickets are R85 for general admission or R135 for a ticket, a burger and a beer.