This weekend saw the Springboks win the second Test of the Castle Incoming Tour against England at Coca-Cola Park in Joburg.

There to support the Boks was the country’s leading self-storage company Stor-Age, who with their guerrilla marketing campaign sent out a team of promotion girls to hand out over 2000 packets of droëwors to rugby fans as they arrived at the stadium. 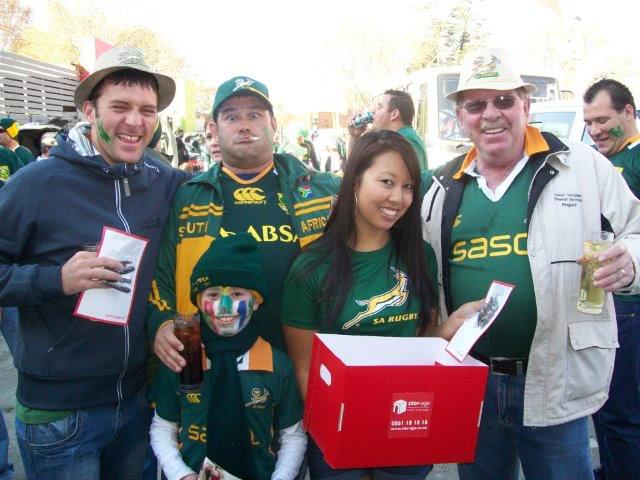 “Stor-Age is always trying to think out of the box when it comes to attracting the attention of potential clients” says Chris Oosthuizen, Marketing Manager at Stor-Age. “The ‘droëwors drop’ was devised a mere two days before the game and was one Stor-Age had never done before. Droëwors seemed like the obvious choice, but the logistics around the delivery were challenging. Needless to say fans were thrilled with their local snacks and the campaign was a great success.”

From car giveaways to free parking stations and their latest “droëwors drops”; keep an eye out for what this innovative company might have in store for fans at future sports games.