The Springboks recently demolished the Scottish in a 55-6 victory at Nelson Mandela Bay Stadium in Port Elizabeth and the Stor-Age girls were there to hand out 1,000 packs of biltong as well as 1,000 boxes of muffins. This is not the first time that Stor-Age has been involved in supporting the rugby boys. The Stor-Age girls also handed out snack packs at Ellis Park and at Coca-Cola Park in Johannesburg. 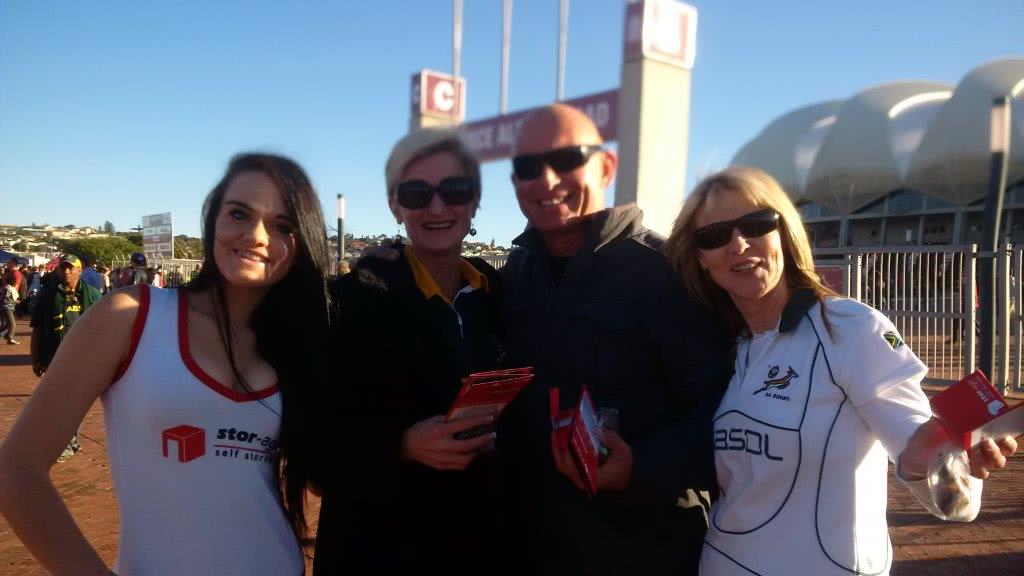