The Color Run A Blast In Port Elizabeth

Stor-Age is one of the sponsors of The Color Run South Africa and recently attended The Color Run Port Elizabeth. We asked some of our staff to give us some feedback on how the event was for them.

Matthew Hall: “This Colour Run was my first and it exceeded my expectations, I especially enjoyed the interaction with all the runners and found the event to have a real family atmosphere which I thought was important. I really hope we can do it again next year."

Natasha Pienaar: “What an amazing experience… laughs, mishaps and fun is a short summary of the day. Was so nice to see how the Stor-Age staff were giving their all and enjoying themselves. The PE Team were definitely in the house and holding the Stor-Age name high.” 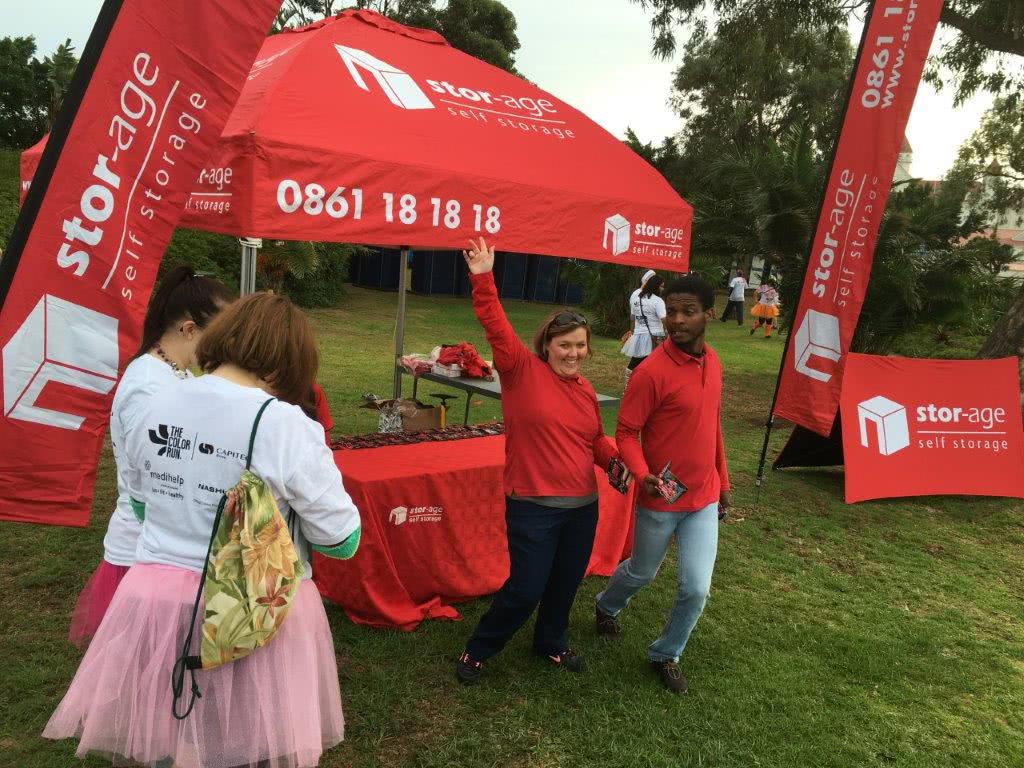 Natasha and Mawande strike a pose at The Color Run Port Elizabeth where Stor-Age handed out free paint, vouchers and car seat covers.

Riana van Zyl: “Was great fun and great teamwork especially with the boys and their toys TRYING to show off how manly they can be with their big guns while the girls were doing more important things like making sure that every runner there had the Stor-Age name stuck in their heads, handing out seat covers and vouchers.”

Mawande Mase: “Tjooo… Colour Run was quite an experience, had good, mad fun throwing paint at everyone and shooting the Stor-Age Color RPG was lots of fun. It was great working with the PE team out on the field. Definitely looking forward to another one.”

Natasha, Operations Manager at Stor-Age Westering in Port Elizabeth gave us a breakdown of the day. "It was a cold Sunday morning and we were all a bit tired after a long week at the office. Some of us had coffee in hand and other’s used the cold air to wake themselves up. The tiredness was soon forgotten as the vibe from the runners started rubbing off on us. After the initial setup we were ready to go but we were all oblivious to the madness that was about to descend upon us. Drones of people started to flood the festival area where colours already started to fill the air before the race had even started. Music was pumping and the Stor-Age vibe was growing. Likes to our Facebook page were flying in with excited runners wanting to add ‘red’ to their paint collection. 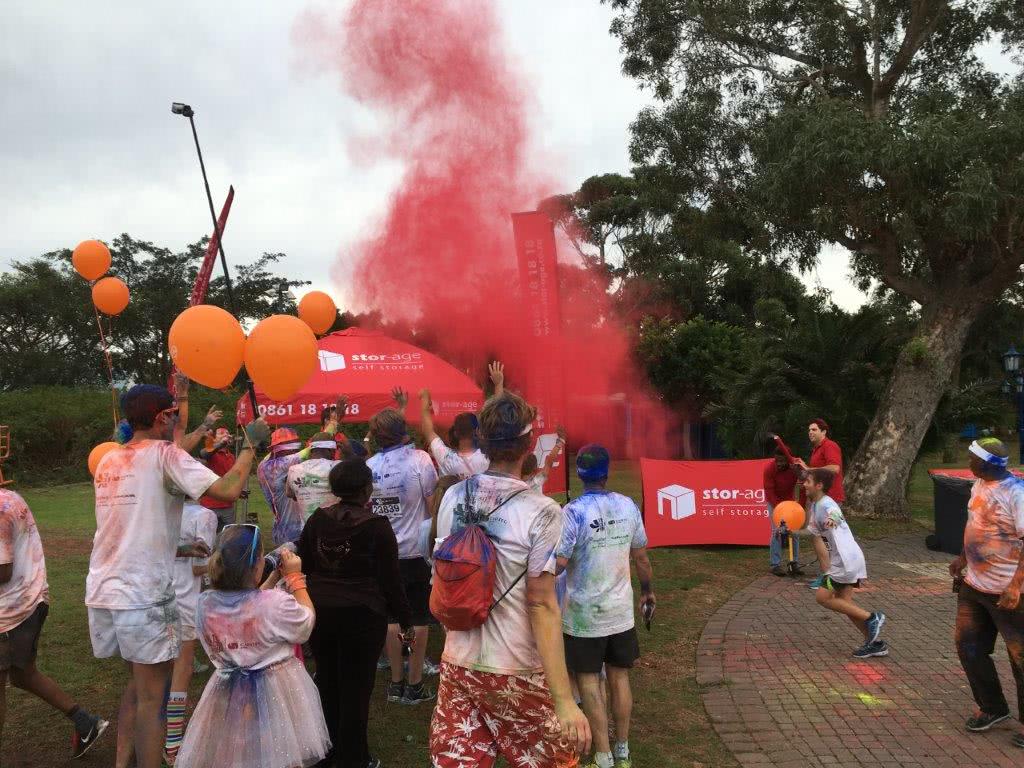 The Stor-Age Color Canon was a huge hit

We had a few minutes to spare before the first runners entered the festival area and total chaos erupted as the finish festival was getting into full swing. We managed to paint bomb the DJ who had made a sarcastic remark that he had not been dabbed with any paint as yet! Red paint filled the air with crazy fans surrounding the Stor-Age stand so that they could get their share of “red” paint sprayed on them by the Stor-Age Color Cannon. The atmosphere was electric and everyone who took part in the activation had so much fun. 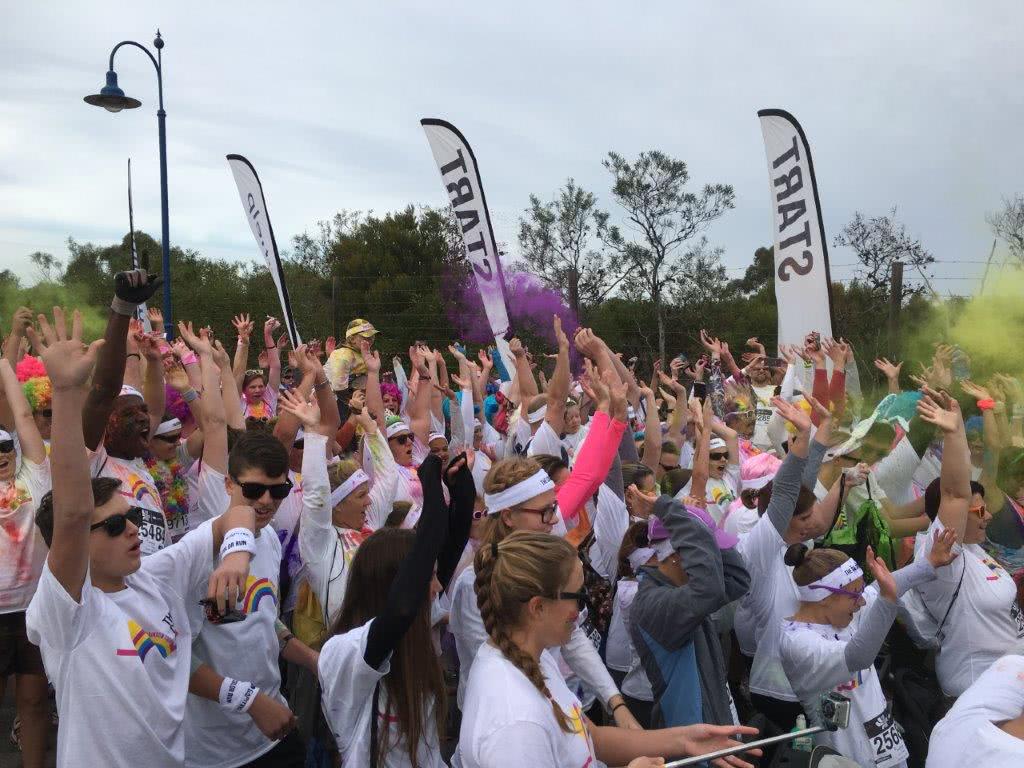 The day ended off with everyone being so excited that Stor-Age had thought ahead and given them a free plastic seat cover to protect their precious vehicles and to avoid some people having to walk home due to the amount of paint they were able to get onto themselves. Vouchers were flowing and everyone knew who Stor-Age was. In closing all one could say was that the Colour Run was a huge success… even though we did get a bit carried away throwing away too many “free” paint packets without Facebook likes, it was so much fun and we will definitely be lined up to take part next year."

To visit one of the Stor-Age stores in Port Elizabeth you can get more details here:
Stor-Age Greenbushes
Stor-Age Westering
Tags: The Color Run, PE, Port Elizabeth