Thoughts on the Khabib Nurmagomedov vs. Conor McGregor fight


An incredible show of both the greatest and lowest moment in UFC history was given when Khabib Nurmagomedov beat Conor McGregor by submission in the fourth round of the UFC 229 fight to reaffirm his title as the UFC Lightweight Champion.

Garreth ‘Soldierboy’ McLellan, former UFC athlete and Stor-Age ambassador, organised a live streaming of the event at the PHiT facility in Johannesburg where he acts as the Brazilian Jiu Jitsu Black Belt Sensei. He comments that there was a lot of tension in the build-up to the fight and that the fight demonstrated a masterclass show in martial arts.

During the fight, Nurmagomedov and McGregor both displayed incredible athleticism, but it was Nurmagomedov‘s unsurpassed grappling skills that resulted in McGregor’s submission in a rear-choke hold in the fourth round.

Comments Soldierboy on the fight, “I look at the way that Khabib controlled the fight and he was perfect – picking up the intensity and the pace through all of the rounds. In round four he came out and did his job, creating the pressure that ultimately finished Conor’s fight.”

Nurmagomedov’s stunning victory over McGregor extended his undefeated status to a record 27 wins – the longest undefeated streak in professional MMA history. Strategy is an important part of any UFC fight. Soldierboy comments that in addition to having a great fight plan, Khabib was better on the night and was more prepared to do what was necessary to win.

Unfortunately, the tension and bad blood during the fight build-up between the two teams manifested into havoc after the fight. Instead of the win, headlines chose to focus on the chaos that followed the fight when Nurmagomedov jumped the octagon and attacked a member of McGregor’s team in the crowd. Members of Nurmagomedov’s team then flooded into the octagon, taking hits at McGregor. The finest moment in UFC history was tainted by one of the lowest moments.

Soldierboy comments, “Despite all of the tension and build-up before the game, I don’t think any sportsman ever wants to see that behaviour. Khabib executed his game plan properly, but Conor didn’t give him the vicious fight that he wanted. As a result, Khabib behaved in a way that was unacceptable. He is probably the humblest guy in the game, and unfortunately he reached his breaking point”. 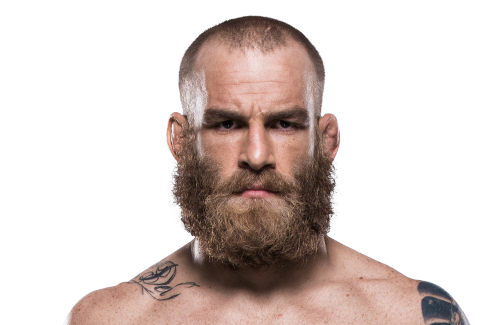 He continues, “The intensity of two fighters collided and exploded, but luckily the sport has not come into dispute. We have to be careful that it doesn’t happen again, and the UFC need to make sure that they are on top of these happenings”.

Soldierboy recently retired from the UFC in May 2017. During his time with them, he represented South Africa in Dublin, Ireland in 2015 against American fighter Bubba Bush. Soldierboy won the fight by TKO in the third round, making him the first South African-based UFC fighter in history to win a UFC fight.

Soldierboy is a family man and his priorities have shifted to spend more time with his family and focus on being a husband and a father. He is a huge sports fanatic and proudly supports South African sports teams and individuals that demonstrate values of good sportsmanship.

At Stor-Age, we also value individuals that uphold the core values of Integrity and Excellence. It makes us proud to know that we have ambassadors of such integrity representing our brand.

We proudly assist Soldierboy with his self storage needs, so that he can travel the country as an athlete, businessman and motivational speaker without having to worry about where to store all his sporting equipment and other valuables.

For more information on our convenient self storage locations, you can call 0861 18 18 18, or contact us for a quote.