Stor-Age met with Andrew Tucker from the EdgemeadFootball Club for a handover of their new pre and post-match golf shirts. Andrew Tucker is the first team coach of the Castle League team and ex Bafana Bafana player. He was also part of the legendary South African team to win the African Nations cup, to date the only AFCON tournament South Africa has won. 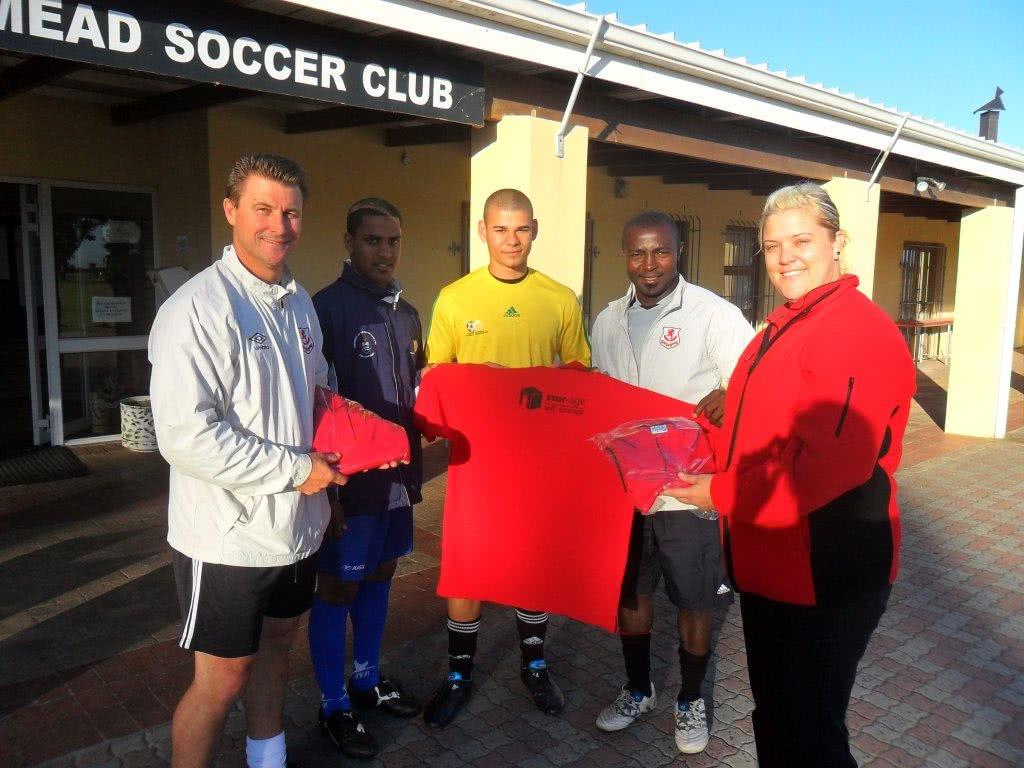 Edgemead will be playing against FC Orient tonight (20 January 2012) at Edgemead, kick-off is at 19:30. Head down to show your support and watch some good football. The Edgemead self storage store overlooks the fields, so we will be sure to watch them in action too.