Stor-Age Grootfontein is the sponsor of Hoërskool Garsfontein’s First Team Rugby Sevens by providing them with rugby jerseys for their upcoming sevens tournament season. Forming part of their CIP plan for 2014, Stor-Age Grootfontein were eager to get involved with one of the top rugby schools in the region. Boasting a proud record of having won 51 out of 55 matches played, the “BlitzBere” (Lightning Bears) are arguably the best sevens rugby team in South Africa. At the official jersey handover, Pretoria Area Manager Carlo Bondesio said a few words about how proud Stor-Age were to be associated with Hoerskool Garsfontein before posing for a few photographs in front of the school. 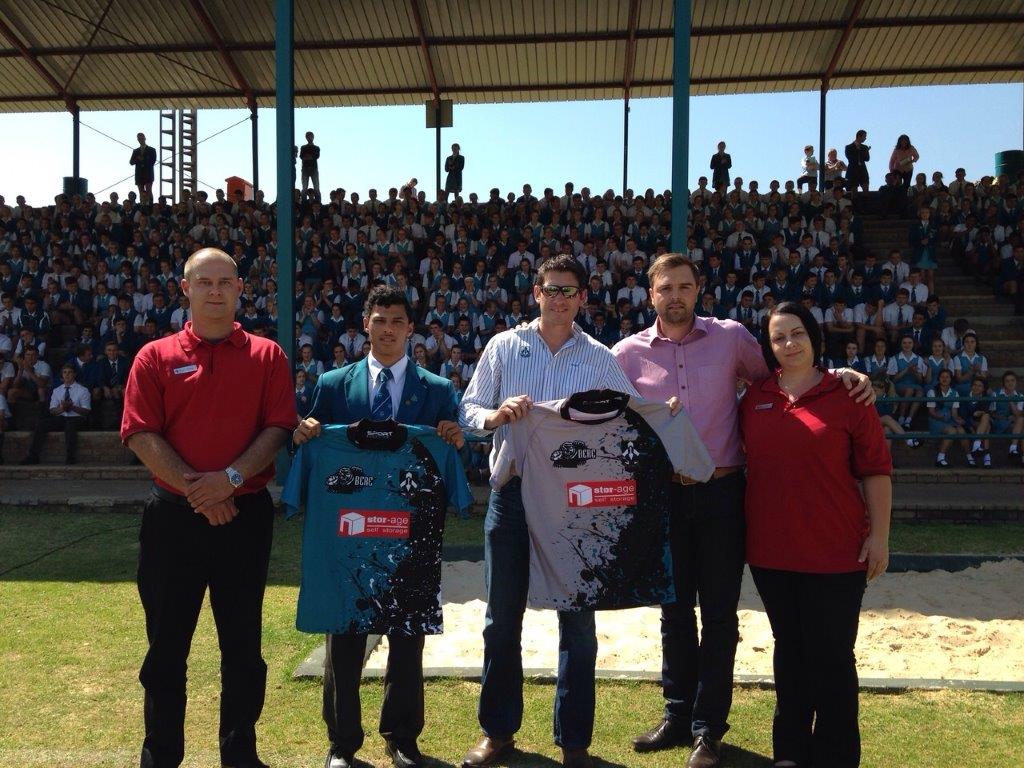 The rugby sponsorship is one of many activations that Stor-Age has undertaken this year, including: